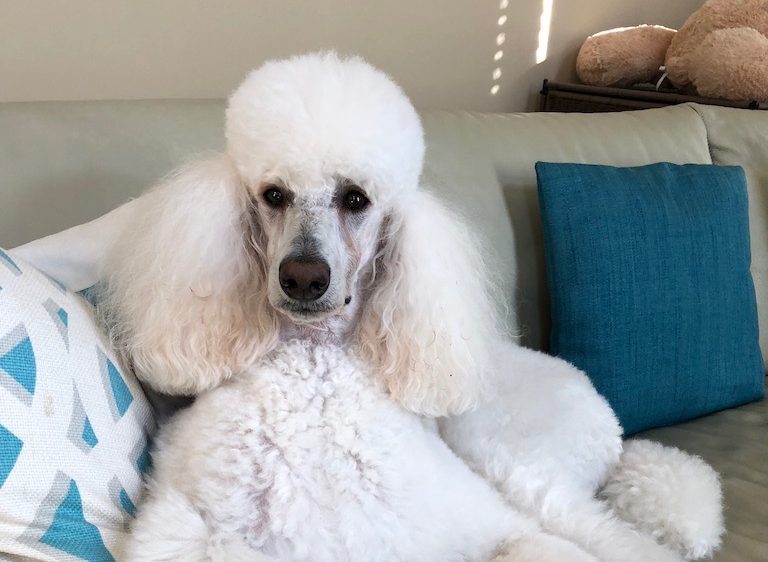 When Pet Allergies Get in the Way of Online Dating

Hypoallergenic Dogs That Can Help You Become the Next Dog Parent

Dating someone with pet allergies doesn’t have to be ruff!

National Pet Day has been heavenly for Dog Twitter today. However, Democratic mayoral candidate Andrew Yang brought up a sore spot for some dog lovers: pet allergies. According to the Asthma and Allergy Foundation of America, in the United States, “as many as three in 10 people with allergies have allergic reactions to cats and dogs.” In fact, cats can become especially problematic for those with pet allergens; cat allergies are about twice as common as dog allergies.

Unfortunately for Yang and his son, dog allergies caused his family to be one four-legged companion short. In his tweet, he said, “On #NationalPetsDay celebrating our dog Grizzly who we raised as a puppy but had to give away because one of our boys became allergic to him. Miss you Grizz! #dogsforyang.”

In a perfect world, all pets and pet owners would live happily ever after. In the real world, life happens. For a variety of reasons, there are some pets and pet owners who don’t mesh well. It could be a matter of dietary or training needs, financial concerns (ex. veterinary bills), and/or exercise habits. Before agreeing to get a dog, it’s best to find a pet that fits your day-to-day lifestyle.

But when it comes to being a pet owner, some people simply do not know that they have pet allergies until they’re actually around a furry animal. In Yang’s case, it appears that his son “became” allergic, meaning no one knew that pet dander would become a challenge for their home. Unfortunately, it’s not always as simple as taking the occasional allergy medicine. Some people have severe pet allergies, needing everything from over-the-counter medication to eye drops and a nasal steroid.

How to find the best dog for pet allergies

The American Kennel Club has a list of 27 hypoallergenic dogs to chose from for people with pet allergies, with a variety of dogs ranging from a Miniature Pinscher to Poodle to a Maltese and Portuguese Water Dog. (If the last breed sounds familiar, it’s because two notably famous dogs—Bo and Sunny Obama—are Portuguese Water Dogs.) Malia Obama, who was as adamant about having a dog as her sister, is one of many who has pet allergies, too.

Is any pet truly hypoallergenic?

Keep in mind that there are no dogs that are 100% hypoallergenic. However, the pet dander (dead skin cells) of hypoallergenic dogs is far less than the average dog. Dander, which is attached to pet hair, is the cause of most pet allergies in humans.

People with pet allergens are especially sensitive to pet urine and pet saliva, too. Pet allergy effects could include all of the following:

But by finding dogs who are less likely to have an effect on you, could significantly reduce these side effects from having.

How do I date someone with pet allergies?

Having pet allergies does not mean you have to be anti-pet. But what happens if you match with someone on FetchaDate and this person has pet allergies? The first thing to ask beforehand is how severely allergic this person is to your type of pet.

Pet allergens can collect on furniture, so date nights at home will require an extra layer of vacuuming and sweeping. This is an especially good time to make sure you keep your dog or cat from climbing all over your date-night clothes before the date if you’re going out.

However, the allergens will not lose their strength for a long time so don’t assume that a quick clean will do the trick. Dander can cling to furniture, walls, and even the floor for months. And if you’ve ever scraped out a chunk of pet hair from your clothes dryer vents and still see pet hair on your clothing, you know it takes time to get out of clothing, too.

If dating someone with pet allergies seems like a lose-lose situation, don’t fret. Again, some people with dog allergies or cat allergies can totally control it and even have pets themselves. Judge each situation on a case-by-case basis.

While FetchaDate users consist of everyone from turtle and snake owners to dog, rabbit, and cat owners, this is a question you should not shy away from asking. Unlike other online dating sites, chances are pretty high that someone on this pet lovers site will answer openly and honestly. And hopefully, a few sneezes won’t keep you two apart.