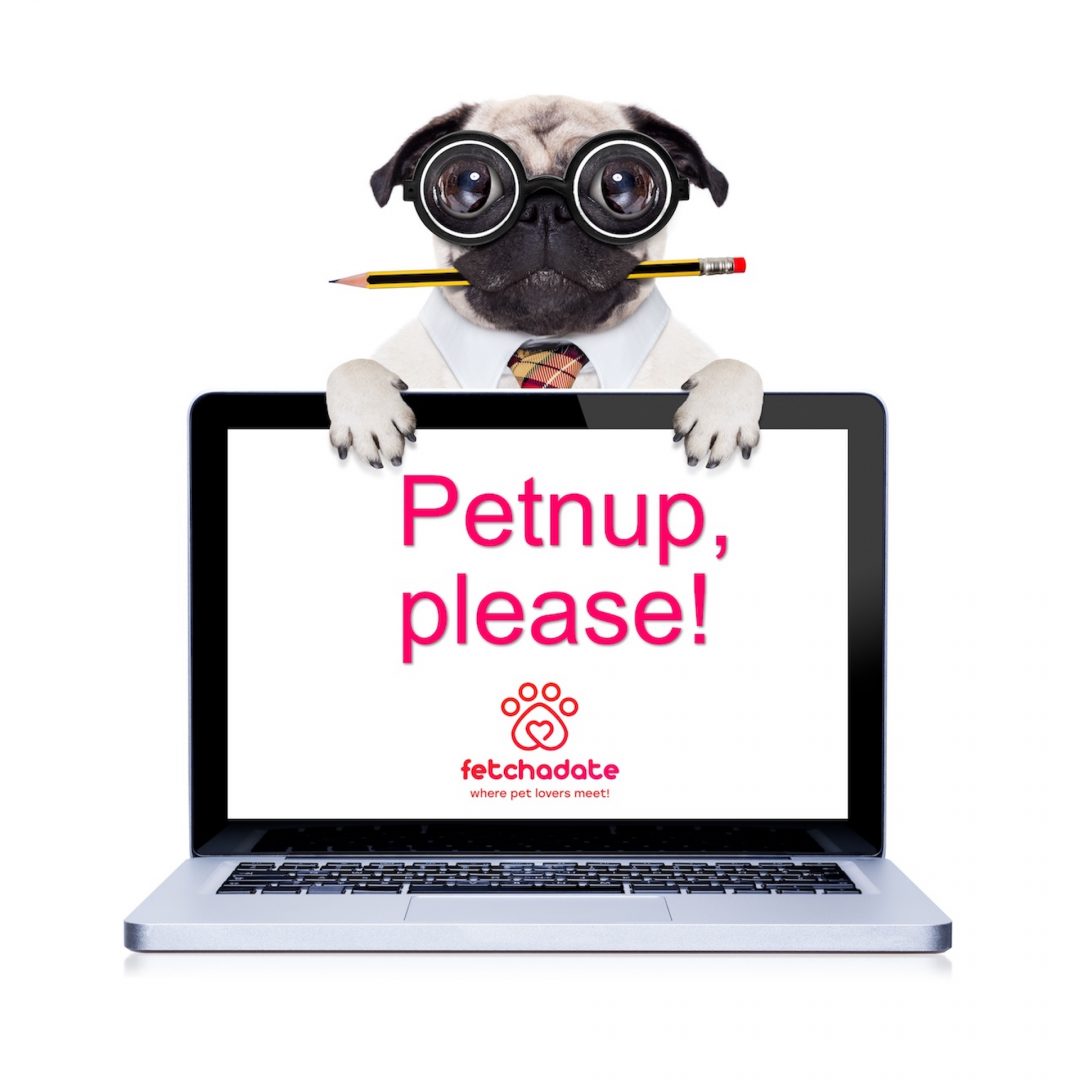 Who Gets the Pet in a Breakup?

When the petnup comes up, you'll both need honest answers

At FetchaDate, we’re all about helping pet lovers find a long-term relationship for both humans and pet(s). But sometimes it doesn’t work out.

And, when it doesn’t, a breakup might be messy. Breaking up when there is a pet involved can make it an even bigger nightmare. We know how complicated, frustrating, and disheartening a breakup can be, especially with pets. Maybe that’s because our relationships with dogs are just as strong, if not stronger, than those we have with the humans we break up with.

As I share in my book Leashes and Lovers, during a scene in the movie Outbreak, actress Rene Russo’s character asks Dustin Hoffman if he wants the dogs or whether she’s going to take them, “…because we’re not splitting them up, and we can’t share them. You decide!”

The line was intended to make audiences laugh. It was comic relief during an otherwise tense movie about a deadly virus sweeping the country. But as pet lovers, you and I know that who gets the pet(s) when a relationship splits is no laughing matter.

So if you and your partner have decided now is the right time to adopt a pet together, there might be one more, way less fun task ahead: drafting a petnup.

While an unmarried couple can’t draft a prenup to divvy out shared belongings and dictate custody, they can draft a petnup. A petnup is a legally binding (if done correctly) document that outlines custody, visitation rights, and long-term care of the pet if the couple splits. A petnup can be a stand-alone document or part of your cohabitation agreement.

Even if you are married and have a prenup, less than a handful of states recognize pets as family members rather than property. If you live in Alaska, California, or Illinois, the court can consider the well-being of your pet and grant joint custody of your pet—much like they would for a human child. In other states, a pet could end up with a caregiver that doesn’t have the resources to care for the pet, and more times than not, the pet may end up at a shelter. A petnup can protect you and your pet from this unfortunate situation.

What goes into a petnup?

While it might not be fun to talk about the care of your new furry family member if you ever break up, it’s important to work out these details with love rather than down the road when emotions are high.

Who gets pet custody?

The agreement will cover who will retain custody of the pet(s). Custody may include visitation rights for the other spouse. Consider that visitation schedules, weekend homes, and splitting up of bonded pets could be more stressful to a pet than a goodbye.

Janelle, a pet sitter in Portland, Oregon, told FetchaDate, “My long-term clients were getting a divorce. One cat came to stay with me while his dad moved into a new apartment, and his brother went to live with his mom. I was up all night trying to soothe the cat. He was searching and meowing all night. He was looking for his brother. I was shocked to find out that his brother exhibited the same behavior at his mom’s house.”

Luckily, the split couple came to a quick agreement that the cats couldn’t be separated. The dad said goodbye and allowed his ex to have custody of both cats.

The agreement can be as detailed as how to handle situations like this or whatever else you feel is necessary. It can include everything from what to do if the primary caretaker’s hours increase at a job, to decision-making for a life-threatening illness. But whatever decisions you make, they should be in the best interest of your pet(s).

Just because you are discussing the details of a petnup, it doesn’t mean that you are going to break up! In fact, it is only the healthiest of relationships that can handle conversations as hard as this one. When discussing a petnup, choose a private location free of distractions. Openly share your feelings, and don’t get angry. If the conversation begins to feel tense, take a break and come back to the discussion at a later time.

Still, looking for that special someone to adopt a pet with? Download fetchadate today and start swiping!